This national monument is a Dutch ‘rivierkazemat’ (casemate) erected in 1936 and was intended to defend the traffic bridge against enemy attacks. Two of such casemates still remain in Lent. They were used during the German attack on the Netherlands in 1940 and during Operation Market Garden in 1944. The structure consists of three floors and was armed with a cannon and a machine gun.

After years of neutrality, the Dutch government started planning for a potential German attack on the Netherlands in the 1930s. The river crossings over the IJssel, Maas and Waal were therefore equipped with casemates which were manned by the Korps Politietroepen.

The new traffic bridge (1936) was of great strategic importance and one of the most important parts of the IJssel and Maas lines. As an attack from the southeast was the most likely, the casemates were built on the north side of the Waal.

The three casemates on thebank at the Lent side played a crucial role: from here the explosive charges under the railway- and traffic bridge could be ignited. This was to prevent the Germans from passing the IJssellinie through the Betuwe.

A detachment of the Korps Politietroepen monitored the traffic bridge day and night. Practicing the operation of the cannon caused some variation in the daily routine. That this was not entirely without risk was apparent on 14 August 1939, when the gun accidentally went off during maintenance work. The projectile scraped the bridge slope and ended up in a flowerbed on the Barbarossastraat on the other side of the Waal.

During the German attack on the Netherlands on 10 May 1940, the casemate was fully occupied with five men from the Korps Politietroepen and seven infantrymen, led by Sergeant Monkel. As soon as the Germans crossed the border at Wyler, the Dutch detachment destroyed the bridges. The casemates had proven their service; the German troops arrived too late. When the troops appeared on the Waal, a firefight arose and traces thereof are still clearly visible on the southern face of the casemate. 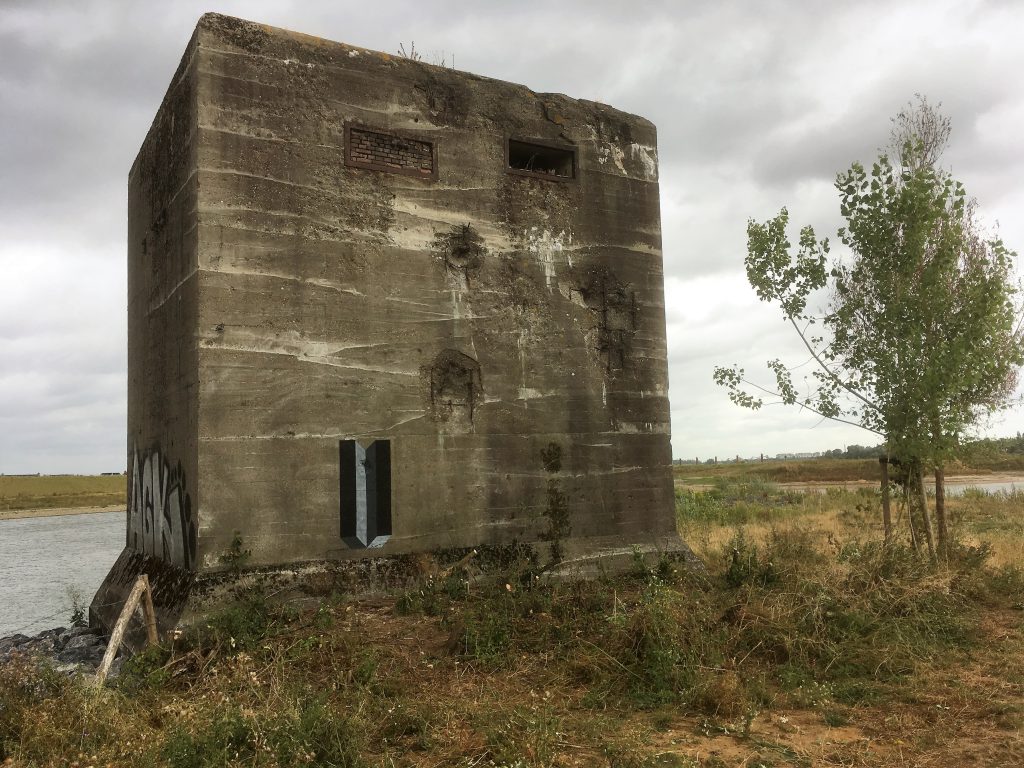 After the Dutch surrender, the casemates were dismantled. When the traffic bridge wentinto use again in 1943, they again had a function. The Germans also expected an attack on the bridges, now from the west. They built reinforcements in the Valkhof, on the south side of the Waal bridge. Concrete barriers and anti-aircraft guns appeared on the northern driveway of the bridge. Searchlights were placed on the casemates. From the casemates in Lent, the railway bridge and traffic bridge could be detonated. 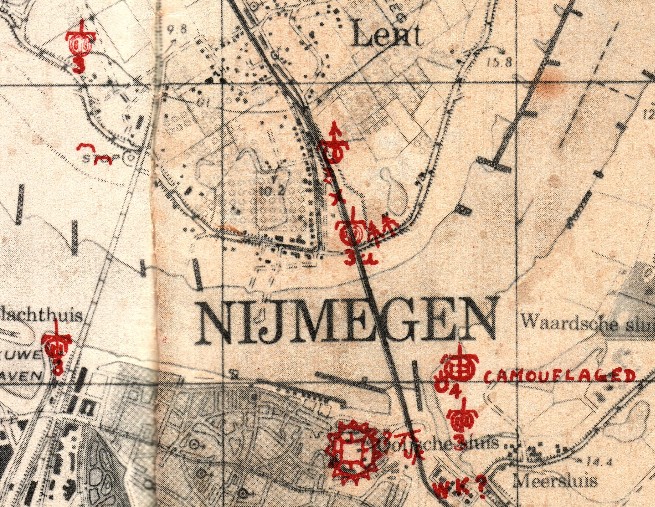 The military operation Market Garden began on September 17, 1944: the Allies’ attempt to encircle the Ruhr and push through to the heart of Germany. The conquest of the traffic bridge in Nijmegen was essential for this goal.

This was quickly acknowledged by the Germans; they fiercely defended the bridge. Heavy fighting took place around the bridges on September 20, with the Germans trying to destroy them. This failed. Until February 1945, the front line halted at the casemates. In this ‘grenade time’ the bridges and the city suffered greatly from the German artillery shelling.

After the liberation, the Cold War era began. A period of imminent war between the United States and the Soviet Union. With this new threat from the east, the Waal river again became of strategic importance. As far as is known, the casemates played no role in this period. After this they fell into oblivion until the Menno van Coehoorn Foundation submitted a proposal to give the casemates a protected status. Since the 1990s, the three casemates are state monuments.

The cannon, a 5L50 no.2, was made by the Artillerie Inrichtingen in Zaandam. It weighed 512 kilos and fired anti-armour and high-explosive ammunition. It had a range of 2.5 to 6 km. 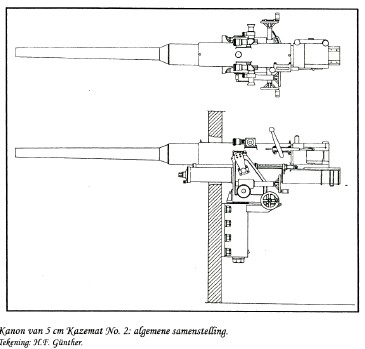 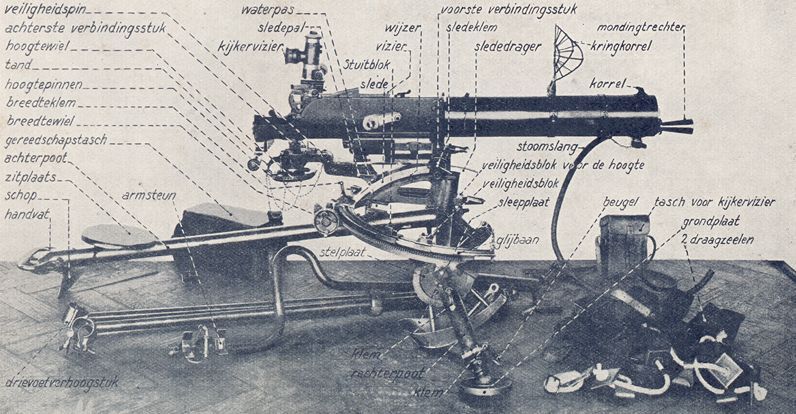 1. German map 1939 with the fortifications, link